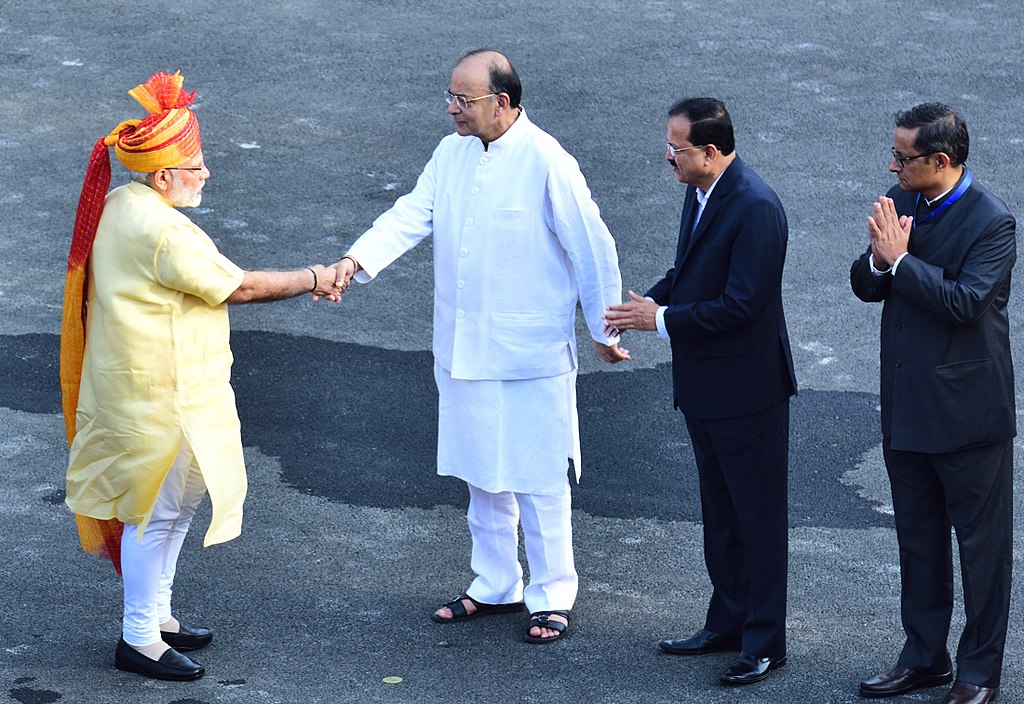 The Modi government claimed repeatedly that donors asked for electoral bonds due to fear of political retribution if they used transparent methods of funding. An RTI reply shows this was a lie

NEW DELHI - In 2017, when Finance Minister Arun Jaitley unveiled electoral bonds, a secretive way for anonymous corporates, individuals and trusts to funnel money to political parties, he justified his decision, claiming, “Donors have also expressed reluctance in donating by cheque or other transparent methods as it would disclose their identity and entail adverse consequences.”

Since then, members of the ruling Bharatiya Janata Party (BJP) have repeatedly raised the spectre of these unnamed donors who had asked for anonymity. On Thursday, Union minister Piyush Goyal made the same point at a press conference called to address HuffPost India’s investigation into electoral bonds.

“Donors were reluctant to declare their political contributions due to fear of political retribution,” said a press note circulated by the BJP immediately after Goyal’s press conference.

Three years since Jaitley’s speech, after bonds worth Rs 6,108.47 crore have been given to political parties by anonymous donors, the finance ministry has now admitted that no donor ever told the government to create an opaque system of funding political parties.

“No representation or petition or communication has been received from the donors, regarding the need for maintaining the confidentiality of their identity while making donations to political parties,” the finance ministry admitted in response to a Right to Information request filed by Venkatesh Nayak.

The ministry, it is worth noting, was forced to respond to the RTI and did not do so out of its own volition. Naik filed the RTI application in July 2017. Under the law, the ministry was required to respond in 30 days. Instead, Nayak’s application was first met with radio silence for a month. When he appealed against this stone-walling, the finance ministry resorted to another delaying tactic. It bounced Nayak’s application around from department to department for five months.

In January 2018, Nayak finally approached the Central Information Commission, which ordered the finance ministry to provide an answer. It took another year and ten months for Nayak to finally get his answer: no one had approached the government to create a secretive route for funding political parties. Former FM Jaitley had stated yet another lie in the Parliament to legitimise the creation of electoral bonds.

The note, as HuffPost India has previously noted, was printed on a plain sheet of A4 sized paper with no date, letterhead, signature or stamp.

For Batra, the transparency activist, the explosive revelations he uncovered are testament to the power of the RTI! Act. An act that the Modi government is doing its best to defang.

“It was mind-boggling that while the BJP claimed it was introducing electoral bonds for the sake of transparency in electoral funding, it, along with other political parties, refused to fall in line with the CIC Order of 2013,” Batra said.

In the event, Batra’s RTI inquiries revealed how the Reserve Bank of India, the Electoral Commission and several opposition parties had bitterly opposed the bonds. The papers revealed how ministers in the Modi government had lied to Parliament about the bonds, that the Prime Minister’s Office had broken the Finance Ministry’s rules to open a special window for electoral bonds, and that the Finance Ministry broke its own rules when it allowed for expired bonds to be encashed.

These disclosures have prompted a fresh flurry of questions:

Yet now, the Act that made these disclosures possible is itself under attack. Prime Minister Modi’s government has diluted provisions to the RTI Act, and securing answers to questions such as those posed above could become yet more difficult.